Back on the radar: JFA Systems celebrates 25th anniversary with new Quartz release

Back on the radar: JFA Systems celebrates 25th anniversary with new Quartz release

JFA Systems has been under the radar since being founded in 1991 – with chairman Jim Fatah the first to admit it: “We’ve been going strong for 25 years, but we did very little marketing, as most customers are referrals.”

That looks set to change in this special anniversary year, with a new system, called Quartz, just launched, and new clients coming onboard too.

Yet the new platform is very much an evolution of what JFA has been doing since day one – focusing on flexible bookings. Fatah describes 1991 as a “very big year”. Not only was his current employer, Redwing Holidays, acquired by Owners Abroad (later to be renamed First Choice), there was the Gulf War taking place and the collapse of ILG.

Owners Abroad decided against continuing with Redwing’s booking system – developed by Fatah – and 32 Redwing staff were made redundant. However, Fatah was offered the rights to the software and suddenly became an accidental entrepreneur. “I was 39, had no job – but I believed we had a great system,” he recalls.

“I didn’t want to be an entrepreneur – it came about as chance. We didn’t charge for development at the start, we were a bit slow to pick up the commercial reins.”

After the collapse of ILG, many staff went on to start their own tour operators, which JFA began working with. “We’d got the software into a state where we were ready to talk about it,” Fatah adds.

Its first, and still current, client was Crystal Ski, now part of the Tui Group. The nature of ski holidays, with their numerous ancillaries and extras, played a key part in the success of JFA. Early on the company needed to provide Crystal with a way to manage extras for multiple selling systems, and flexibility to assign extras to particular hotels, resorts, countries, transport gateways and more.

JFA has also been working with Walt Disney Travel Company UK for the past 15 years – a company that shares a similar need for such dynamic reporting. “Traditionally, reporting software gives you access paths,” Fatah says, “but Disney wanted a lot of different extras. For example, a Mickey Mouse breakfast package.

“That meant their software was slowing down, so they wanted to find different ways of looking at things. We created a tool where you can add extra fields. You tell it what you want. They then got excited, and took it.

“Travel companies can see trends, see what’s working and what’s not working – for example, Disney might say we need to beef up our marketing of the Mickey Mouse breakfast package.” Next generation This year, meanwhile, sees the launch of a new tool called Quartz, taking reservations to the “next generation”.

“Tui went out to tender for a new ancillary system,” Fatah says. “Crystal and others wanted a system where multiple systems would call data up, something that can bundle extras into an offer, but also ties in with suppliers and contracts so they can see margins.

“The traditional method of managing ancillaries is too time consuming, meaning offers are not put on sale fast enough. Quartz solves this problem by using cutting-edge technology to turn around requests – even incredibly large ones – in under a second.

“The system does not directly manage the data but instead asks the user what they want to do and then does the loading work for them. The system is designed so that marketing departments can create their own offers and Quartz manages all the inventory work – which is usually time-consuming – for them.”

JFA celebrates its quarter of a century at a pivotal, and uncertain, time for the industry. However, Fatah remains upbeat. The impending Brexit, and currency woes, will have little effect on clients such as Disney because “there’s no real alternative to a Disney holiday – especially when the children are screaming for it”.

Meanwhile, geopolitical issues are less likely to affect a technology specialist that is, after all, not reliant on the destination being served. Having said that, one client, Anatolian Sky, was lost this year – but Fatah says he will keep in touch with founder Akin Koc on any new projects.

The future, meanwhile, will see a bigger marketing push following its appointment of Rooster PR and JFA will look to expand its ancillary expertise into new areas, with artificial intelligence and personalisation a major focus. And with other Tui brands potentially coming onboard, JFA may now find itself very much on the radar of tour operators, accommodation providers and OTAs looking to gain an edge.

This article was originally posted on the TTG Media Website 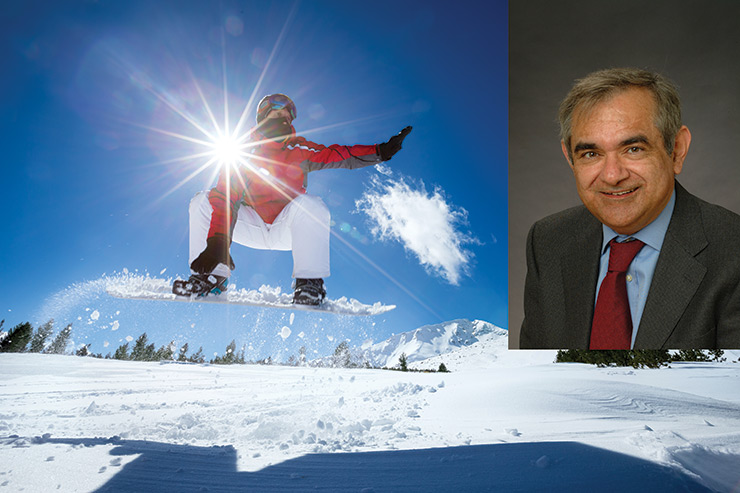